Medical errors are the third-leading cause of death after heart disease and cancer.
https://www.cnbc.com/2018/02/22/medical-errors-third-leading-cause-of-death-in-america.html

Most scientists 'can't replicate studies by their peers
http://www.bbc.com/news/science-environment-39054778

"Professor David Eddy of Duke University who pointed out that despite the 30,000 biomedical journals in the world, only 15 percent of medical interventions are supported by solid scientific evidence. This is because only 1 percent of the articles are scientifically sound.2 Would you be satisfied with the above when we are spending approximately 14 percent of the total gross national product (GNP) for health care?" - Robert Nash, MD, http://www.orthomolecular.org/library/jom/1996/articles/1996-v11n01-p035.shtml.

Pharmaceutical companies write their own "clinical reports", then bribe doctors to put their names on them.
http://www.guardian.co.uk/society/2003/dec/07/health.businessofresearch

"This theme issue of JAMA is devoted to presenting new information on the evolving nature of conflict of interest"
May 2, 2017; Conflict of Interest and Medical Journals
http://jamanetwork.com/journals/jama/fullarticle/2623590

Lobbyists from Big pharma are changing the face of our legal system.
https://visionscarto.net/who-the-u-s-industrial-lobbies

US Healthcare system in crisis: spend doubly more than peer countries, but falling behind in life expectancy
https://www.awaragroup.com/blog/us-healthcare-system-in-crisis/

Big Pharma are controlled by one giant oligarch clan
http://thesaker.is/the-oligarch-takeover-of-us-pharma-and-healthcare-and-the-resulting-human-crisis/

How Chaos at Chain Pharmacies Is Putting Patients at Risk
https://www.nytimes.com/2020/01/31/health/pharmacists-medication-errors.html

"All but 2 OECD nations deliver national health care systems for all and spend less (generally much less) than the US government ALREADY SPENDS per capita. Those two nations that beat us in per capita health care spending by the government don't do it by much." - Brian Hanley
confessions
Big-food
Congress
Who takes what - 2019
fraud
2018 CDC Funding
Corporations, Foundations & Organizations
Hope
Iatragenesis
Intro
Lies
Merck
Numbers
Metrics
Post
Missing clinical trial data must be made public, federal judge says
Sponsorship
Industry sponsorship and research outcome
Tamiflu
TAMIFLU FRAUD BILKED $1.5 BILLION FROM GOVERNMENT, ALLEGES WHISTLEBLOWER
Vioxx
When half a million Americans died and nobody noticed
Who
mistakes

00 intro
Purpose
01 hiv
Explained in 2007 with Foster's work.
02 aids
Explained in 2007 by Foster's work.
03 cancer
Explained in 2007 by Burke & Potter's discovery of Salvestrols
04 flu
How to stop losing the war on flu: Explained in the 1940s by Cathcart and Klenner - "as seen on TV" - Ref
05 colds
"A cold" is a symptom not a disease.
06 ebola
Two Brazil nuts a day stops this. Here's how.
07 brain
Niacin, B6, C, Zn - Hoffer
08 Cov
Coronaviruses
09 cfs
Bchemref
Basic Biochemistry Quick Reference Guide
X press
vaccines
Brucellosis
Chicken pox
Dengue
Diptheria
Ebola
Flaws
Flu
The flu shot doesn't seem to work.
Harmful
Could some vaccines make diseases more deadly?
History
VACCINES, HOW TO PREDICT EPIDEMICS, AND THE GENERATION OF IMMUNITY IN POPULATIONS
Hpv
Side effects
Kennedy
The math of meningitis vaccines
Matter
The Atlantic - Does the Flu Vaccine Matter?
Measles
Pertussis
"will be more susceptible to pertussis throughout their lifetimes"
Polio
We replaced the polio virus in the wild with a lab grown one and gave prople cancer in the process: polio is not extinct and we're making it worse
Smallpox
Tetanus
Trials
Yellow fever

A blanket condemnation of vaccines is inappropriate, as is the insistence on a mono-culture of 99% preventions but with commensurate side effects which are sometimes worse than the disease. The myth there is nothing we can do about viruses was debunked just after WW II.

If a vaccine is the only possible treatment that's fine, but where other protocols exist that have been proven to work how is it appropriate that industry misleads the public claiming they don't work instead of pointing out there are options.

The anti vaxx movement is not all people that believe in the mercury/autism myth, many simply don't need vaccines and they are for other reasons not vulnerable to the disease the vaccine is meant to prevent - there's more than one way to skin a cat as it were. Furthermore, by focusing nearly exclusively on surface proteins and inoculations it obviates the need to understand the pathogen and find away to kill it. Certain viruses because of their genes, can never have a vaccine, such as Ebola and HIV, (even if the immune system is trained by an injection, without selenium the immune system can't make the chemicals it needs to kill the virus) and we've spent billions on this in the last 35 years and all we've proved is it isn't possible.

"Klenner's paper (Klenner FR. The treatment of poliomyelitis and other virus diseases with vitamin C. J. South. Med. and Surg., 111:210-214, 1949.) on curing 60 cases of polio in the epidemic of 1948 should have changed the way infectious diseases were treated but it did not." - Robert Cathcart

News: Two teen boys become the first ever to contract meningitis from chickenpox vaccine: Live virus reactivated over a DECADE after they received the shot, doctors claim https://www.dailymail.co.uk/health/article-7731525/Two-teen-boys-meningitis-chickenpox-shot.html

"... with DTaP vaccines will be more susceptible to pertussis throughout their lifetimes" https://www.ncbi.nlm.nih.gov/pubmed/30793754

2019 Pakistan: 12 Kids paralyzed by polio from a single vaccination for a strain that was already extinct in that country. 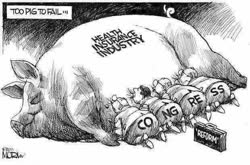 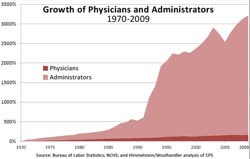 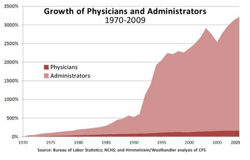 John Oliver did a very cogent piece on this: https://www.youtube.com/watch?v=YQZ2UeOTO3I